The gastrointestinal (GI) tract is comprised of a series of hollow tubes and organs that extend from the mouth to the anus and allow for the digestion of food once a baby is born. Oral liquids and solids are moved through these structures, starting with the mouth and followed by the esophagus, stomach, small intestine (divided into the duodenum, jejunum, and ileum), and large intestine (colon) before ending with the anus. During fetal development, a blockage can occur at several sites along the GI tract. This blockage is more commonly the result of an underdeveloped portion (an absence of a normal opening or failure of a structure to be tubular) of the GI tract (atresia), but the blockage can also be caused by pressure (narrowing or restriction of a blood vessel or valve that reduces blood flow) from an outside structure (stenosis). 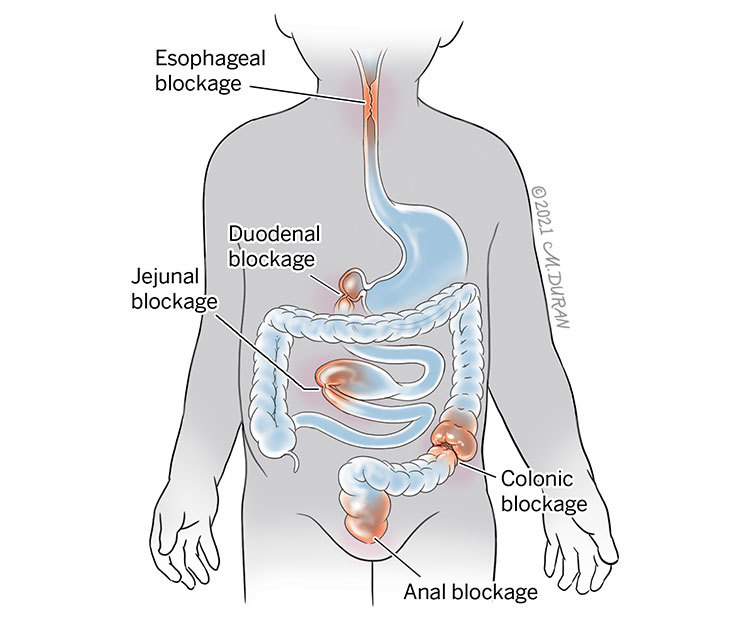 The most common types of fetal gastrointestinal obstructions include:

Signs of a fetal gastrointestinal obstruction can often be observed on a fetal ultrasound.

Signs of a fetal gastrointestinal obstruction may include:

Since the baby gets all of their nutrition from the mother through the placenta while in the womb, an obstruction in the GI tract does not cause any major problems for the fetus. A blockage in the upper parts of the GI tract (esophagus, duodenum, and first part of the jejunum) can often lead to an accumulation of excess fluid that surrounds the outside of the baby in the amniotic sac (polyhydramnios). This happens when amniotic fluid is swallowed or inhaled by the baby but the fluid is unable to be adsorbed properly due to the blockage along the GI tract. While polyhydramnios is not dangerous for the baby or the pregnant mother, it can cause a shortening of the cervix, which may cause premature contractions.

The following forms of atresia are commonly associated with other anomalies:

Fetal gastrointestinal obstructions are often found at the time of an anatomy ultrasound at around 20 weeks (5 months) of gestation. In some cases, the ultrasound may appear normal at 20 weeks, but a repeat ultrasound later in pregnancy will appear abnormal. Depending on the location of the obstruction, the ultrasound image will look different.

The following forms of atresia are identifiable through fetal ultrasound:

The main concern for the pregnant mother with a fetus with a GI obstruction is the development of excess fluid in the sac surrounding the fetus (polyhydramnios). In some cases, if the mother is experiencing discomfort or difficulty breathing, this fluid may need to be removed through a procedure known as amnioreduction. During this procedure, a needle is placed into the uterus using ultrasound for guidance. The needle is then connected to a tube and the excess fluid is drained over a 20- to 30-minute period of time. Usually, polyhydramnios does not occur with a fetal gastrointestinal obstruction until at about 32 weeks (8 months) of gestation. Oftentimes, polyhydramnios will return after the initial amnioreduction is performed, causing the need for 2 to 3 amnioreduction procedures before delivery.

After the initial evaluation, you will be scheduled for ultrasounds every 3 to 4 weeks to assess your baby’s rate of growth. If the amniotic fluid is increasing, your doctor may elect to perform ultrasounds weekly to monitor the fluid level. A vaginal probe ultrasound may be performed to assess your cervical length to ensure you are not at risk for premature delivery. Your fetal medicine specialist may order a fetal MRI to observe structures in the fetus that cannot be observed easily with ultrasound.

You will likely also be scheduled for a prenatal consult with a pediatric surgeon since your baby will need surgery after birth. You may also be referred to a genetic counselor to discuss the risk for potential chromosomal problems in your fetus as well as available tests that can be completed to identify the types of problems.

A vaginal delivery is safe for fetuses with all types of GI obstructions. Your doctor may elect to induce you at 39 weeks of gestation (one week before your due date). If you have required several amnioreductions to treat polyhydramnios by the time you reach 37 weeks of gestation (3 weeks before your due date) and it appears that the fluid is worsening, it may be preferable to proceed with an induction of labor instead of performing another amnioreduction.

There are currently no forms of fetal surgery available for fetal gastrointestinal obstructions. All treatments are performed after your baby is born.

After birth, your baby will be taken to the neonatal intensive care unit (NICU). A pediatric surgeon will evaluate the baby soon after they are born. Unless there is evidence of injury to the intestines, these conditions rarely require emergency surgery. X-rays and imaging studies may be performed to identify where the obstruction is located along the baby’s GI tract. If necessary, surgery will be performed to correct the problem before the baby is fed. Your pediatric surgeon will counsel you on the type of surgery that will be required for your baby’s condition. Most babies do well after surgical correction of their GI obstruction. Long-term problems are usually related to other anomalies that are associated with the GI obstruction, such as heart and chromosomal problems. 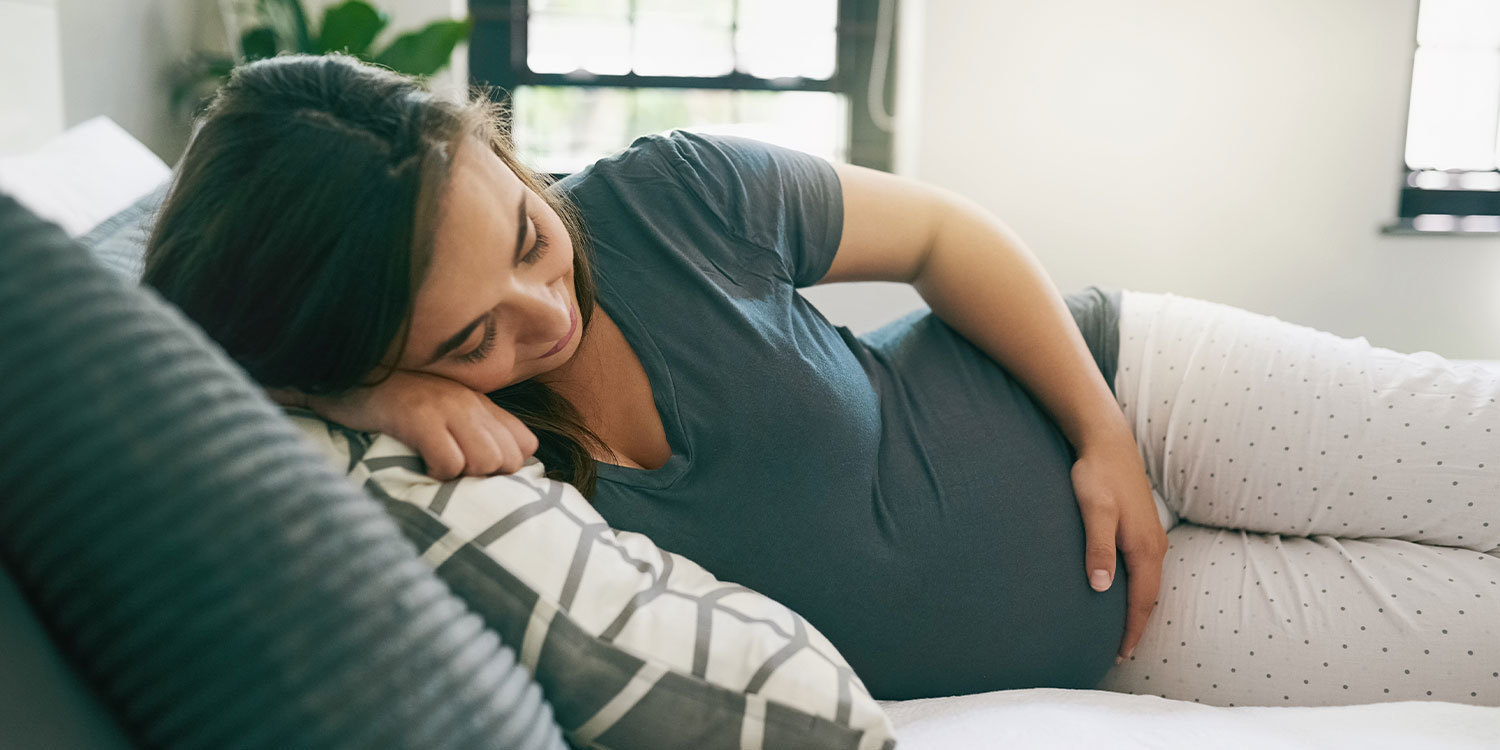