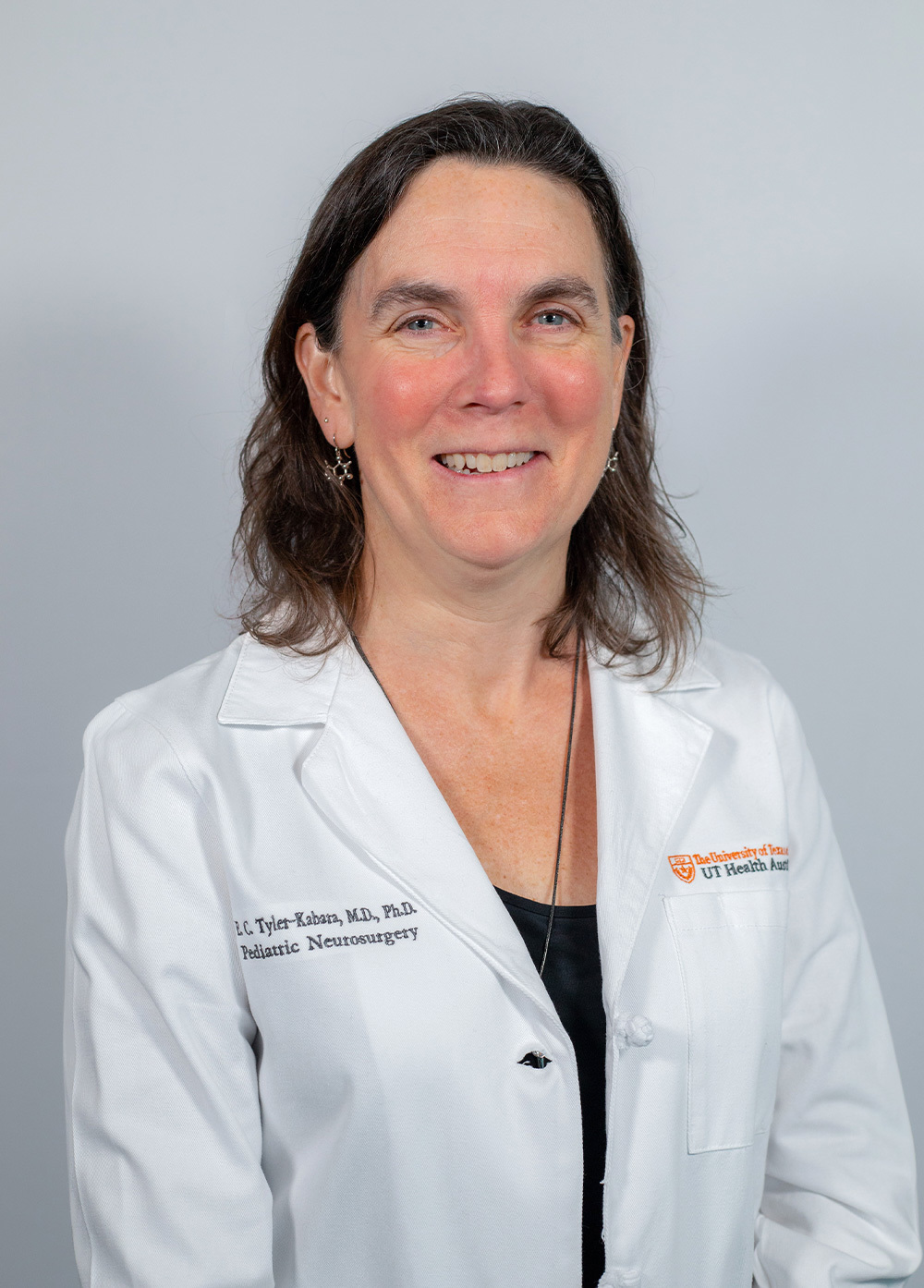 Elizabeth C. Tyler-Kabara, MD, PhD, is a board-certified pediatric neurosurgeon and serves as both the Chief of Pediatric Neurosurgery and the Co-Chief of UT Health Austin Pediatric Neurosciences at Dell Children’s, a clinical partnership between Dell Children's Medical Center and UT Health Austin. She specializes in functional neurosurgery and minimally invasive skull base surgery and pioneered the use of expanded endonasal surgery of the skull base in extremely young children, providing them with a minimally invasive alternative for the treatment of a variety of conditions. Additionally, Dr. Tyler-Kabara is an associate professor in the Dell Medical School Department of Neurosurgery.

Dr. Tyler-Kabara earned her medical degree and her doctorate from Vanderbilt University, where her graduate research investigated the neurophysiology of the corticostriatal synapse. She earned her bachelor’s, double majoring in biomedical and electrical engineering, from Duke University. After leaving Duke, she worked at the National Institutes of Health (NIH) as a biomedical engineer, where she developed and tested molecular biology software, developed a strategic plan for implementing computer networking, and recruited a head for the newly formed Computational Biology Group. She completed an internship in general surgery at University of Pittsburgh Medical Center, a residency in neurological surgery at the University of Pittsburgh Medical Center and Pittsburgh VA Medical Center, and a fellowship in pediatric neurosurgery at Children’s of Alabama.

Dr. Tyler-Kabara continues her research, which has been supported by the National Institutes of Health, DARPA, Craig Nielsen and Margot Anderson Foundations, The Copeland Fund, and Pedal with Pete. She served as principal investigator on five grants, as co-investigator on thirteen grants, and was the co-principal investigator on the grant that initiated the brain-computer interface human trials at the University of Pittsburgh. Current efforts are focused on the use of brain computer interfaces to restore function, employing microelectrodes recording and stimulation techniques in conjunction with brain-computer interfaces for control of neural prosthetics. These studies are conducted in collaboration with the Rehab Neural Engineering Laboratory, combining expertise in engineering, neuroscience, and rehabilitation medicine. Her work was featured on CBS-TV’s 60 Minutes, and she has given 25 local lectures, 20 regional lectures, 10 national invited lectures, and eight international invited lectures. She also has over 90 publications in peer-reviewed journals, 15 published book chapters, and 80 published abstracts.

Dr. Tyler-Kabara is a pediatric neurosurgeon with UT Health Austin.